This is our story.

Mark grew up in Indiana and Texas. He is a graduate of Texas A&M University a degree in  Agronomy as well as a graduate of Christ for the Nations Dallas. Deb  grew up in California and Texas and graduated from University of Texas at Austin with a degree in  Marketing, then also graduated  from CFNI Dallas in 2000. Prior to coming to Christ for the Nations we had been teaching Sunday School in the Baptist Church, and we loved the kids and could see how God could impact a young life so dramatically.  In 2001 we started a Youth Church, Sonfire, and began at first to have meetings in our home. That Grew until we needed a bigger place and began to rent an apartment clubhouse for meetings on Saturday nights in Allen, TX. We took our group to Hollywood, California for mission outreaches and then to New York for evangelism outreach. 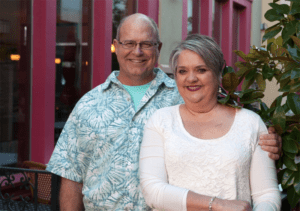 Eventually this group grew up and went off to college, but the seeds were planted. Then, in 2005 God would bring us another group, this time college and working kids in their 20’s. This was an exciting time and we began to take groups to One Thing in Kansas City at IHOP.  God began to bring in un-churched young adults and as Jesus transformed them, they brought their friends.  Again, that season eventually came to an end and these young adults got involved in a larger ministry, and our season had ended but it still brings joy. In  the years leading up to 2015 we both were praying about what the Lord would have us do as time was short, and we wanted to end our lives doing something that really mattered instead of just living the American “dream”. We wanted to know God’s dream for our lives…what was on His heart. It seemed we were living for rare visits to our grand kids….and the question came, “what about God’s children? what is in His heart?”.  He began to put it in our heart to visit some potential countries, and in June of 2015 we made our first visit to Belize.  When Deb stepped off the plane for the first time, she heard, “you are home”. Wow! This was a surprise!  Houses and land was looked at, but nothing bought.  One month later, due to some very unusual circumstances, God provided a 40 acre parcel of land in Billy White, near San Ignacio. Then He provided the money to pay  it off in 9 months.  God was confirming His Word.

By September we were attending Catch the Fire DFW (Dallas/Ft. Worth)  when  Deb went up for prayer.  At the time, she was battling cancer, but that’s not what she wanted prayer for, no, it was for clear direction about Belize. After a fiery intercessor stopped praying she looked up slowly and intently at Deb and said these words: “Honey, the Lord isn’t whispering His answer, He IS SHOUTING IT.”  Well, unbeknownst to Deb, Mark had a dream from the Lord the night before, but he hadn’t shared it yet. Deb was confused…How could God be shouting it? (In the present tense!).  Well within the hour she understood as Mark shared the dream God had given him the night before of the two of them in Belize doing evangelism and bible teaching and church planting. 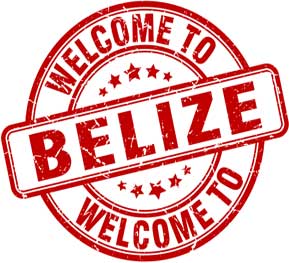 God WAS INDEED SHOUTING.  By the following September another visit was planned and God directed every step! Open doors and much needed support and answers were provided and the decision now was only timing. The continued people God began to put in our path on this visit was crucial to our move, including finding Sam and Shelley Glionna for a place to stay and new friends!

Giving to Christ for the Nations Belize/ Sonfire Church